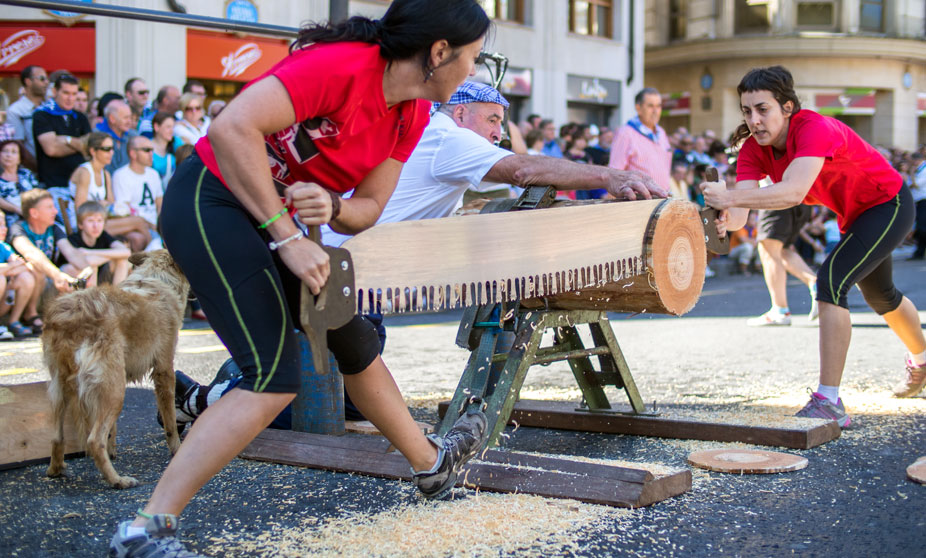 Football (soccer for Americans) is by far the most popular game played in the Basque region. Basketball, cycling and surfing also have quite a large following. But in addition to these international sports, there are several games that have originated in the Basque Country and are still played today.

The variations of pelota are the most common. Pelota is similar to racquetball and is played with a ball (call a pelota) which is hit against a fronton (wall). The most popular form of pelota is also the most minimalistic, called pelota mano and is played without a paddle or racquet. Only the hand is used to hit the ball against the wall.

Another noteworthy form of pelota is called cesta punta or jai alai (basket tip). Players wear a curved basket on their hand and compete in what has been described as “the fastest game in the world.” The pelota that is used in cesta punta is 3/4 the size of a baseball, harder than a golfball and travels up to 170 mph (273 km/h).

Basque rural sports, known as herri kirolak, are also popular and important part of the Basque culture. These sports come from activities that were historically performed on the baserriak (farmsteads). They usually involve feats of strength or endurance such as carrying heavy stones or chopping wood. Such strong man competition are common during festivals.

The winner of all Basque related sports receives a Basque beret as a trophy. In the basque language, Euskara, the beret is called a txapela. The champion is referred to as the Txapeldun, which means “the one who wears the hat.” 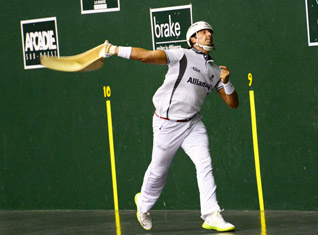 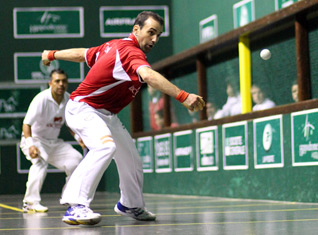 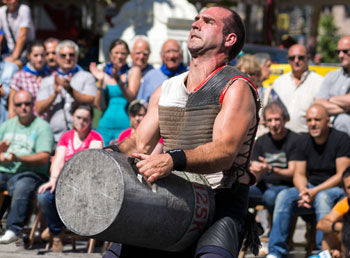