Tweet
The past week in the Basque Country has seen continuous rain. We have been anxious to get out and go on a little hike, so on Sunday morning when the rain seemed to have given us a break, we saw that our chance to get out had finally come! We put on our hiking shoes and headed to the Gujuli Waterfall. After so much rain it was a sure bet that the waterfall would be at full force. The only downside is that some parts also get really muddy! But I guess that is to be expected.

The Gujuli Waterfall (Goiuri in Basque) is about a 15 minutes drive from the road that connects Bilbao to Vitoria (N-622) and definitely worth the detour. It is situated next to the village with the same name and right next to the train tracks (line Bilbao – Madrid). The Gujuri Waterfall actually belongs to the Gorbeia Natural Park and, from the surrounding area, it is possible to see the top of the snow-covered Gorbeia Mountain.

The water of the Gujuli Waterfall comes from the Oiardo stream, which after quietly crossing the town of Goiuri, falls over 100 meters, giving onlookers a fantastic show. When we visited, we discovered that there are three main ways to enjoy the falls:

1. When coming from the deviation of the road that connects Bilbao and Vitoria (N-622), about 1 km before arriving to the town of Goiuri, there are some signs to the main look out point. Next to the road, there is a small parking area and an informative panel. Leaving the car there, and after a short 5 minutes walk, the main lookout point can be reached. The lookout offers some of the best views of the waterfall, with the houses of Goiuri behind it. This area is also railed off and is safe for children to walk around. 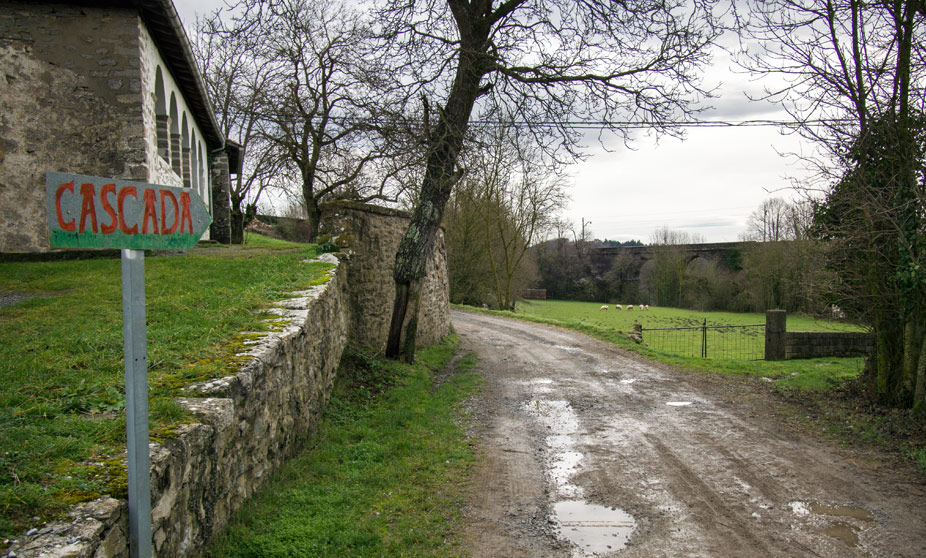 The path to the top of the waterfall

2. From the parking area, it is possible to continue down the road which runs parallel to the train tracks. After approximately 15 minutes, you will cross over the Oiardo stream and then pass the church of Goiuri. Right afterwards, you can cross the train tracks. Although there are signs that indicate that it is forbidden to cross them, everyone seems to do it anyway and there is even a turnstyle to go through. Right after the train tracks, you will be at the top of the waterfall. Be aware, that this side isn’t prepared as a lookout point. There are no guard rails. For that reason, be very careful, especially after it has rained since this area gets very muddy and it can be extremely slippery.

3. From the top of the falls, it is possible to follow a path to the bottom of the waterfall. This path does not have clear signs and, again, can be very dangerous after rain. 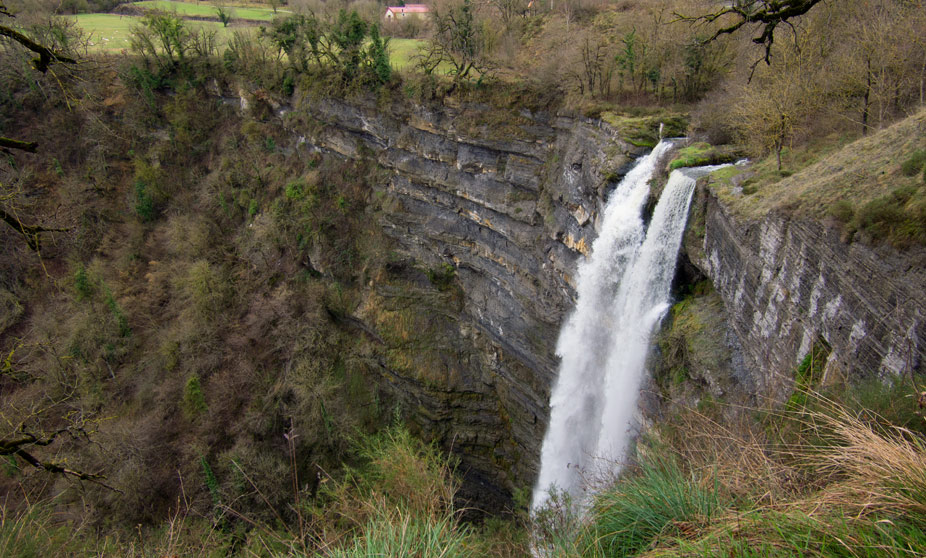 View from the top of the waterfall

Although we were lucky to see the waterfall with a ton of water shooting off of it, the path to the bottom was so muddy that we weren’t able to do it. We will have to try back again, maybe in the summer.