Tweet
Unknown to most of the world, including many Basques, is the existence of one of the best collections of Rolls-Royces in the world that is located deep within the Biscay province of the Spanish Basque Country. We first heard of the exotic Museum of Old and Classic Cars some years ago but it wasn’t until this past summer that we finally had the opportunity to visit.

After about 40 minutes of driving from Bilbao on roads windings through the green countryside, our GPS said that we were finally close but there was still no sight of the castle-like Loizaga Tower, where the museum is housed. We continued down the narrow country road that was barely wide enough to fit a single car, all the while wondering if this was actually where one of the best kept collections of Rolls-Royces in the world was located. After all, we weren’t even in Britain, where the cars originated from, but rather amongst farms and green pastures deep within the Spanish Basque Country. 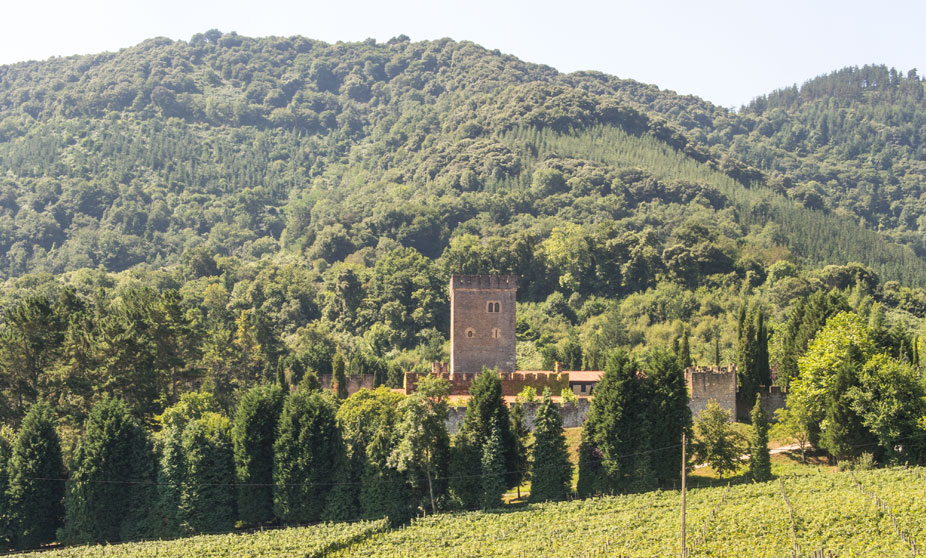 So how did such an impressive collection of antique and classic cars end up way out here on the grounds of what looks like an ancient castle? The answer to this question can be traced back to one man, Miguel de la Vía, who is responsible for both the massive car collection as well as the property. De la Vía was a very successful businessman and one of the richest persons in the Basque Country. He began restoring the 14th century Loizaga Tower in 1985. At that time, the tower was merely a ruin left over from the time when the Ochoa García de Loyzaga family used it to defend their territory. The renovation and reconstruction of the tower lasted until 2000. 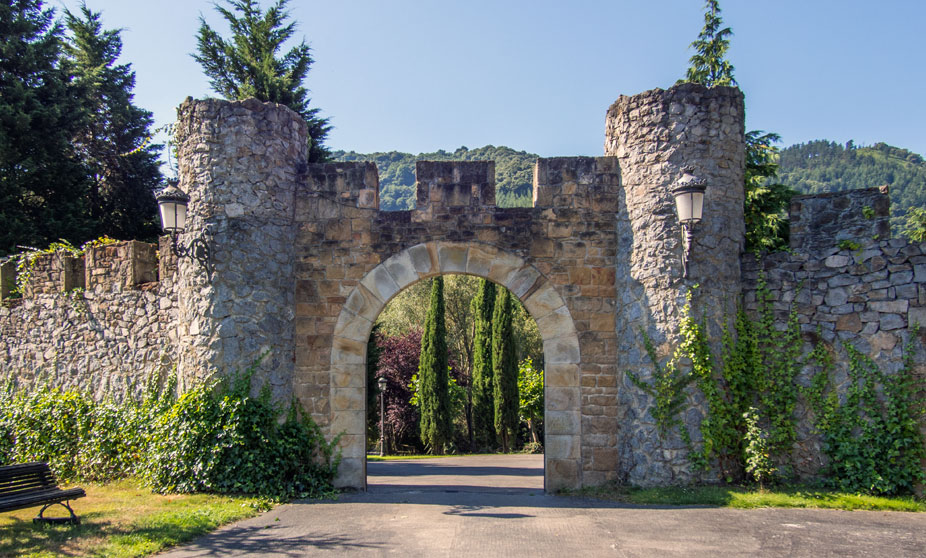 Gate into the grounds of the Loizaga Tower

Miguel de la Vía was also a very passionate car collector and while the reconstruction works were taking place in the Loizaga Tower, he began to build his private collection of cars, which can be seen in the museum today. This collection is made up of 75 classic cars, 45 of them being Rolls-Royces. It is also considered to be one of the five most valuable collection in the world. Moreover, all of the cars are in top condition and ready to be driven. 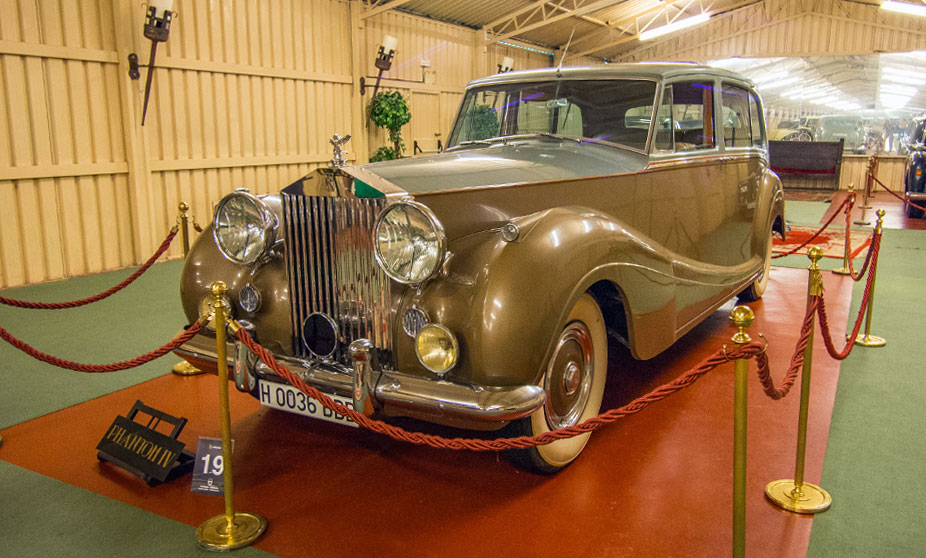 This wide collection contains some very exclusive classic models, vehicles that were luxurious items in their time, coveted and owned by kings, rulers and celebrities. A prime example is the Rolls-Royce Phantom IV, of which only 18 were ever produced between the years of 1950 to 1956. One of the Phantom IV’s was originally sold to the Ruler of Kuwait and can be found within the museum. The other Phantoms were all sold to heads of state, such as Queen Elizabeth, the Shah of Iran and Prince Talal of Saudi Arabi. Three of the 18 were used by Spain’s dictator Francisco Franco. Interestingly enough, his were the only models to feature a fully armored rear. Today, Franco’s fleet of Phantom IV’s is used for special ceremonies by King Juan Carlos I of Spain.

Of course, none of the owners actually drove their own cars. They had chauffeurs that were provided to them by the Rolls-Royce company. These chauffeurs had to complete a 3 year training course, part of which involved driving lessons. One of the more extreme exercises that was required of them was to drive at a high speed while champagne glasses sat on the back trays. If a drop of champagne spilled from the glasses then the chauffeur failed. Other parts of the training course focused on maintaing and caring for the cars. These knowledgeable chauffeurs actually functioned as personal mechanics and helped Rolls-Royce gain the reputation for never breaking down.

During our visit, what really surprised us was the size of these cars. Not only were they extremely roomy in the back, for sure making for a comfortable journey, but these cars were simply tall, offering a lot of ground clearance. They were specially developed to be driven in tough terrain. Many were even driven into the jungle for the owners to hunt big game. These Rolls were essentially a car and truck in one. To get a better idea, take a look at the photo of myself standing next to the Phantom IV. 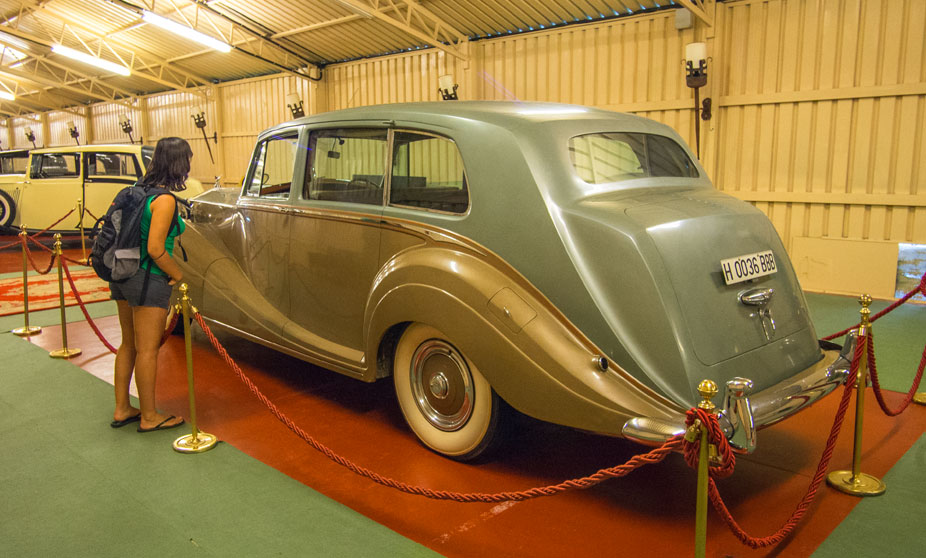 Me standing next to the Rolls-Royce Phantom IV

What many people do not realize is that Rolls-Royce sold its cars as chassis before World War II. The chassis included the mechanics, engine and radiator. The bodies of the cars were actually built by master coachbuilders selected by the buyer. For this reason there are so many different styles of Rolls-Royce vehicles. The coachbuilders spared no costs in their creations which would feature embellishments of gold and jewels, crocodile-skin upholstery, steering wheels made of ivory and dashboards carved from precious woods. Rolls coaches such as these can be found in the museum along with many others that have their own interesting surprises. 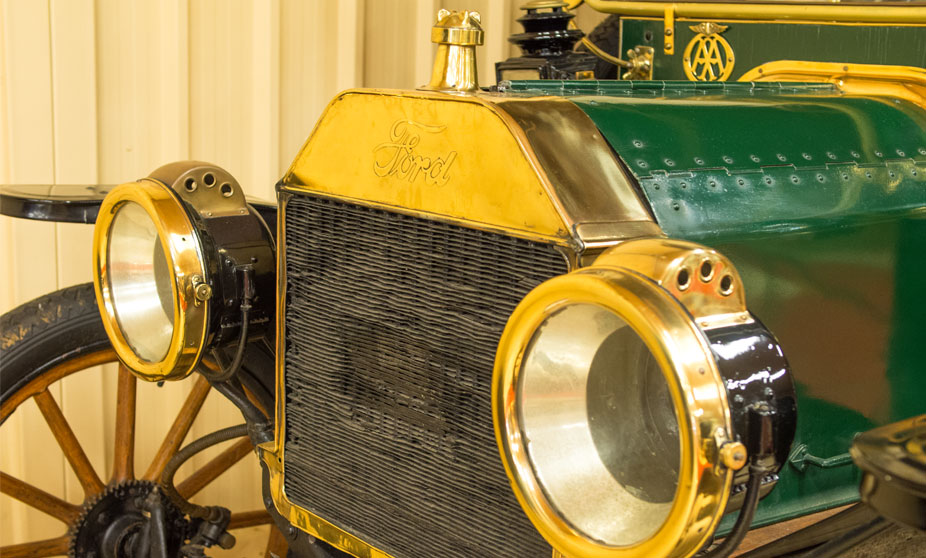 Although the collection at the Museum of Old and Classic Cars focuses mainly on Rolls-Royces, there are other prestigious vehicles and elegant sportive cars, such as a Jaguar, Lamborghini, Ferrari, Cadillac, Hispano Suiza and Ford Model T. There are also several carriages from the 19th century and even a British fire truck from 1939. 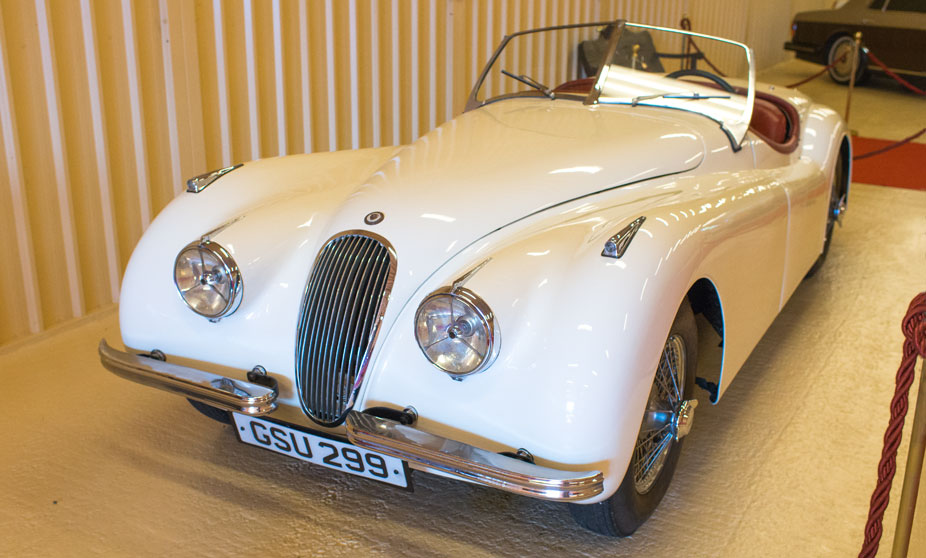 Of all 6 showrooms at the museum, the last one, which is located in a stone room within the walls of the tower, is the most impressive. This showroom contains the first models of the series Silver Ghost from Rolls-Royce and is the model that made the company famous. Its name, Silver Ghost, does not come from the color of the car but rather from the motor and its silent operation. While most owners enjoyed the fact that the Rolls-Royce ran so quietly, there was at least one instance where a maharaja in India complained to the company, stating that his car was too quiet and did not properly announce his coming. 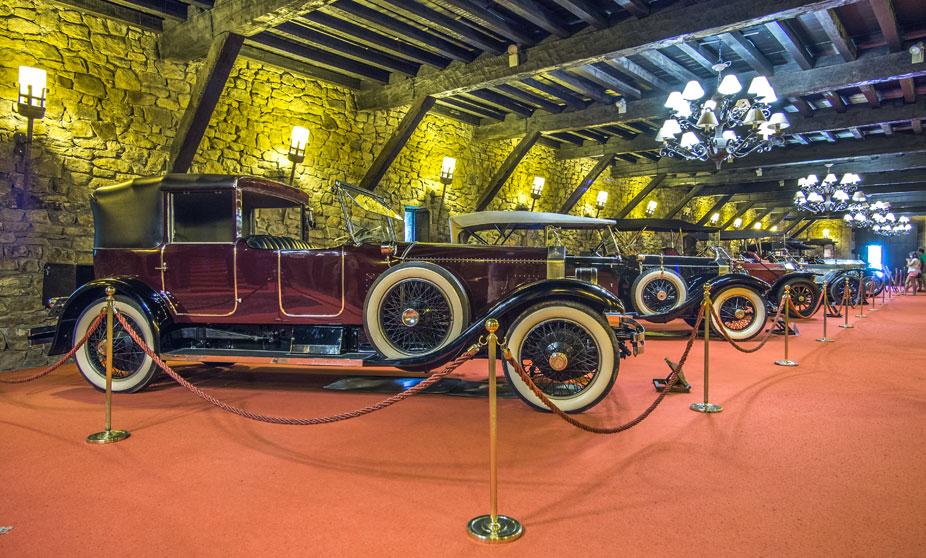 Another highlight of the last showroom is the 1899 Allen Runabout. This early car looks like a simple carriage with giant bicycle wheels, however, it actually has some interesting mechanics that were quite advanced for its time. The most noticeable feature of the Runabout is one that actually seems to be missing – the steering wheel! It does however, have a lever for steering and is capable of a maximum speed of 20 km/h.

Although a little bit off the beaten path, the Museum of Old and Classic Cars is definitely worth a visit – whether you are into cars or not. The setting of the museum in the Basque countryside and within the well manicured grounds of the Loizaga Tower add to its overall charm. The cars found here are each their own work of art that have become a symbol for the rich and royalty of the world. And they’re all on display here, including every Rolls-Royce model ever produced until the nineties. If you’ve got the time to travel a little deeper into the Basque Country, then check this place out.

» A nice video from the museum

Opening Times
Sundays and holidays from 10 am to 3 pm

Pre-arranged visits
It is possible to pre-arrange visits outside of the opening times for groups of 30 or more. This type of visit includes a guide.

*Last summer a bus service to the museum was offered from the Gran Vía (in front of the Sota Building, number 45) of Bilbao. Check the website to see if it will be offered again this summer.

Txakoli
There are vineyards producing txakoli (Bizkaian txakoli) that surround the museum and belong to the Loizaga Tower. It is possible to buy txakoli directly at the museum.

2 comments on “The Basque Rolls-Royce Museum”