Tweet
Txakoli (pronounced chack-oh-lee) is a slightly sparkling, young and fruity white wine produced in the Basque Country. Although it has been around for centuries (the first mention of txakoli dates back to 1520), it has just started to become popular in recent years, and not only in the Basque Country but slowly also all over the world.

Originally, txakoli was home-made in baserris, which are Basque farm houses. It was consumed locally and even used as an exchange object between neighbors. However, it was never able to extend its reach outside of the Basque Country’s borders. The main reason for this was that back then, the txakoli was a low quality wine, fermented in old oak barrels and known for going straight to the head, giving headaches (in Spanish, the wine was described as being “cabezón”). 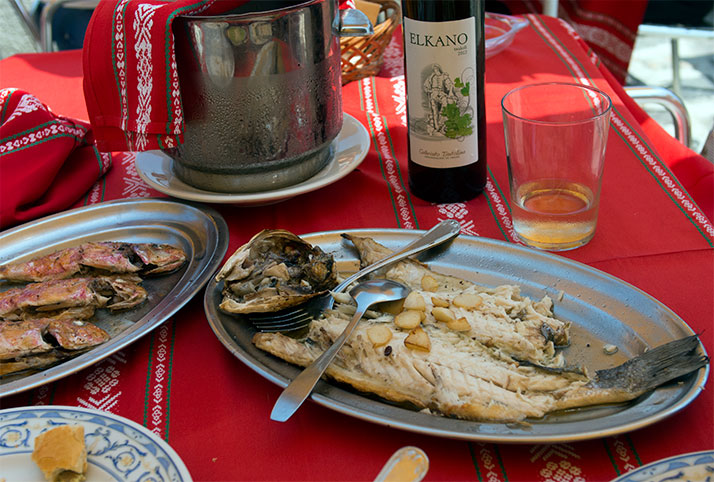 During the second half of the 19th century, txakoli began to slowly disappear. Production continued to wane until 1989 when, thanks to the effort of a group of txakoli lovers, some varieties received the designation of origin certification (called “Denominación de Origen” or D.O. in Spanish). This fact helped to revive txakoli and also marked the beginning of an important process of improving the quality. Today txakoli is no longer cabezón, but rather, a very enjoyable wine – especially when paired with fresh seafood on a summer’s afternoon.

A few weeks ago, we were able to spend a day in the town of Getaria. The land surrounding Getaria is home to the largest collection of vineyards that produce txakoli and make up the Getariako designation of origin. We not only enjoyed the beautiful town, (which we definitely recommend to everyone and will be adding soon it has just been added to our site) but also its surroundings. Although it is possible to taste different txakolis in the bars of the main street, known as Kale Nagusia, we decided to head into the surrounding hills where the vineyards are located. There are several wineries which can be reached on foot or if you have a car, you can venture out even further. Once you arrive to the vineyards you are rewarded with some impressive ocean views and it is even possible to see the town of Getaria alongside its mouse-shaped island. 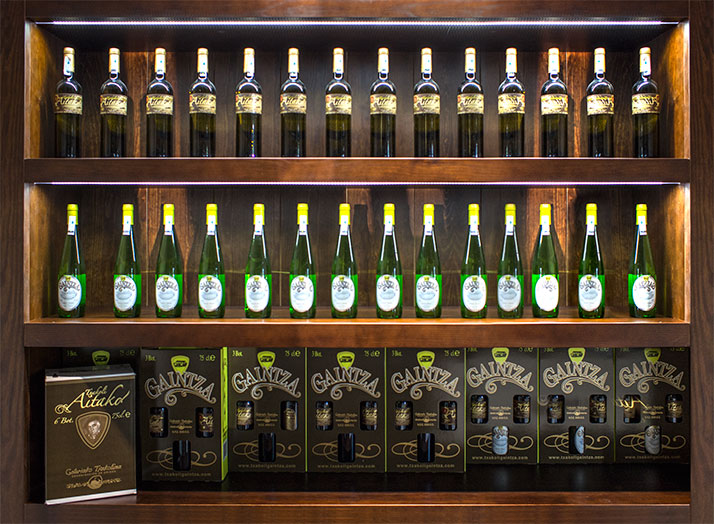 One of the places we visited was the Gaintza Winery, where we were lucky enough to meet one of the owners who belongs to the 4th generation of a family involved in txakoli production. While enjoying their wines, we conversed about its production, past and future. With such a long wine making tradition (one of the longest of the area, if not the longest), Gaintza has combined modern technologies with tradition means in their production process. The winery offers two types of Txakoli. One is a more traditional Txakoli but the other is quite special. They call it Aitako which means “from father,” and is produced from two varieties of txakoli grapes that come from vines that are more than 130 years old. In addition, a little bit of chardonnay is added to the mix to create a really polished wine that has a great balance. The Aitako wine is the perfect example of the evolution that has been taking place for the past 25 years in the production of txakoli.

For more information about visiting wineries in the Getariako Denominación de Origen, check out their official website.

The Gaintza Winery is open for tasting and direct sales, and also offers guided visits (Fridays and Saturdays at 11 am). It is also possible to organize visits at other times for groups of 15 or more.

In addition, Gainzta also recently opened a small hotel at the winery. We haven’t had the opportunity to stay there ourselves, but judging from the photos and the reviews it has been getting, it looks like a great place to stay.