Jai Alai, Cesta Punta and Zesta Punta are all names for the same sport that is often billed as “the world’s fastest game.”
Tweet 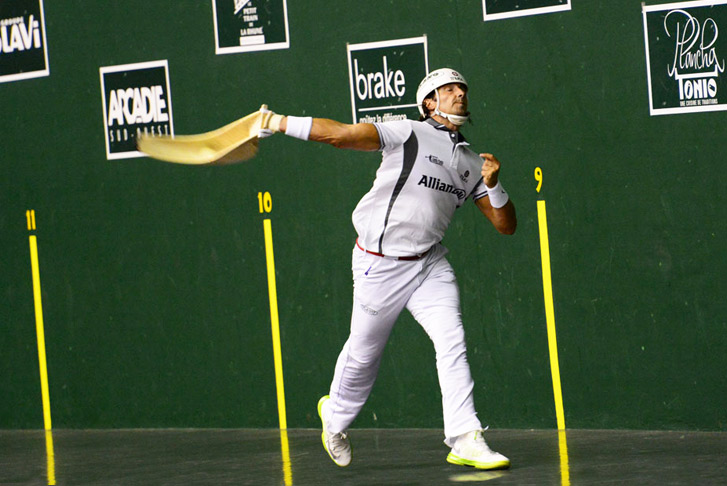 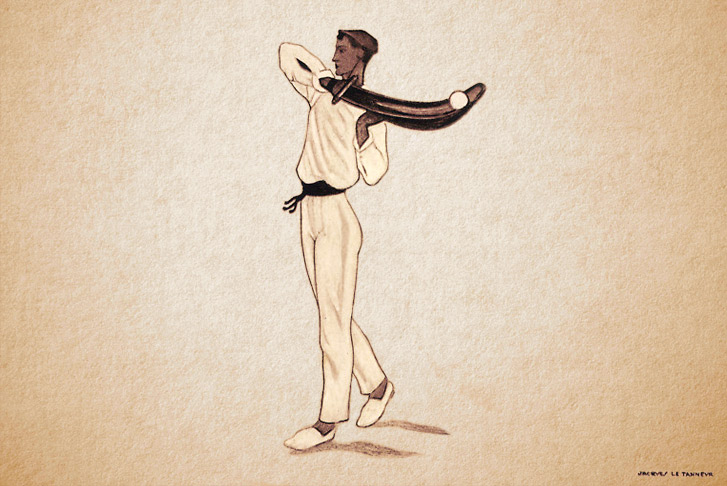 Illustration from the early 19th century 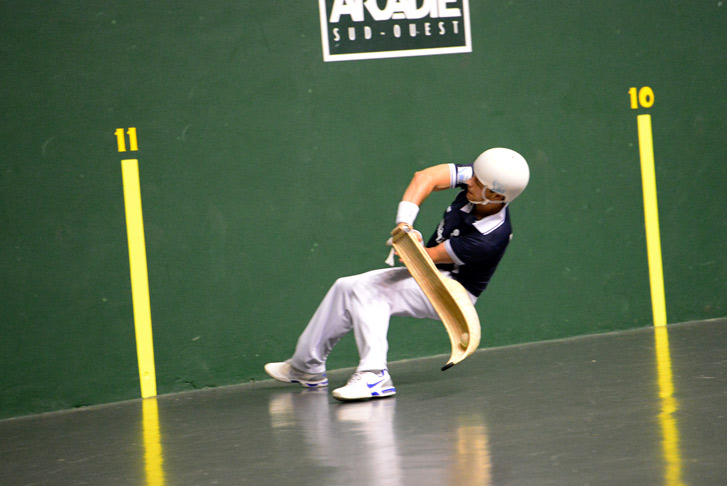 Jai Alai is played with a ball, called a pelota, which is slightly smaller than a baseball but harder than a golfball. You definitely don’t want to get hit by it when it is traveling at 170 mph (273 kph). The cesta is the curved basket worn by the players to throw the ball. Each throw produces a loud whipping sound that can be heard on the cancha (court) and even in the stands. When the ball smashes against the front wall it produces a gunshot like sound. It is no wonder that the front wall has to be made of granite as it is one of the only materials that can withstand such an impact. Saying that this is an intense sport is an understatement.

The rules of the game are quite simple. It is similar to racquetball and handball. There are three walls – front, left-side, and back. The right side is without a wall and this is where the audience sits, these days it is also behind a net. The pelotari (player) throws the ball against the front wall and the other player must then either catch the ball in the air or off the first bounce. If he isn’t able to, then the player that threw the ball gets the point. Simple.

The equipment has changed little since the sport began over 150 years ago. The only real change is the addition of helmets. The cesta is still made painstakingly by hand with reeds found in the Pyrenean Mountains. The whole process takes anywhere between 20-30 hours to complete. It’s no wonder that a cesta can cost 700 euros. The pelota is also made by hand from brazilian rubber and coated with goatskin. They too are pricey and run about 100 euros per ball. The pelotas normally last for 20 minutes before they need to be retired for a few months and/or repaired. Although their isn't much equipment involved, cesta punta can be a fairly expensive sport, but non the less beautiful.

Cesta Punta has seen its ups and downs through time. In the 70’s and 80’s it had a large following in the United States, namely in Florida. It was even in the opening credits of Miami Vice and featured in the movie Tron. Unfortunately, after a players strike in 1988, it’s popularity began to wane.

The popularity of the game in the US also hurt it in the Spanish Basque Country. The most talented players left for the US and slowly pelota mano (basque handball) took over the number one spot on TV. Today, cesta punta is struggling to survive on the Spanish side, but thankfully in the French Basque Country it’s still going strong. If you want to go to a game, the best place is in St. Jean de Luz. There the crowds are big and the game is taken seriously.

If however, you are interested in picking up a cesta and giving it a go yourself, it is possible to book a lesson at the largest cesta punta cancha in the world, located in Guernica. Lessons are generally only available for groups of 4 or more.

Cesta punta is not an easy sport to play. The players are truly talented and it takes a lot of guts just to step onto the cancha. Whether you try to throw the pelota yourself or just go to see a game, you will be hooked. It is after all, the fastest game in the world.