WHAT ARE THEY?
Pintxos are small finger foods served at bars and taverns throughout the Basque Country. They are quintessential Basque and form the backbone of the local food culture.
Tweet 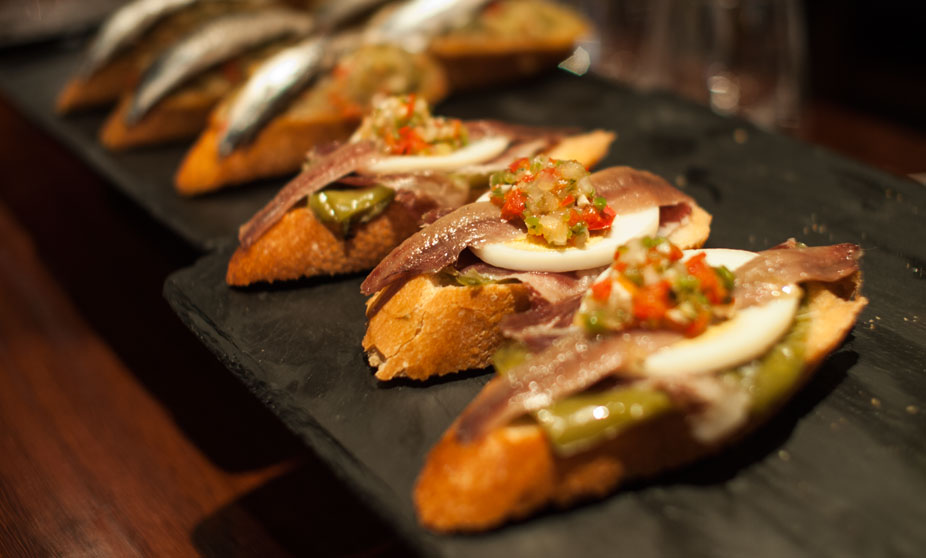 What does “pintxo” mean?

Although they are similar to tapas, generally speaking, pintxos are smaller. The name comes from the Spanish verb “pinchar” meaning to poke or stab. Historically, pintxos used to be served on a small slice of bread and have a toothpick piercing them through the middle (thereof the name). However, with the evolution of Basque cuisine, pintxos have become much more diverse and these days only some of them are pierced to a piece of bread.

Sometimes you will see these bite-size appetizers referred to as “pintxos,” others as “pinchos.” Both ways are correct. Throughout the Basque Country the most common spelling of the word is “pintxo” (which is the correct spelling in the Basque language), however the Spanish spelling (pincho) is used sometimes too.

It’s typical to go into a bar in the Basque Country and find the entire counter lined with plates of various pintxos. They range from traditional pintxos of tortilla de patatas (potato and onion omelette) to mini haute cuisine experiments such as a grilled foie gras with a cream of white beans and a fruity sauce.

Most bars will offer pintxos that you see on the counter. These are usually called “cold pintxos,” although some of them can also be warmed up. However, there are bars that specialize in pintxos and in addition to the selection of cold pintxos on the counter, they will also have a “pintxos menu” (often referred to as “warm pintxos”). The warm pintxos are cooked on the spot – generally a little bit more expensive but also tastier! 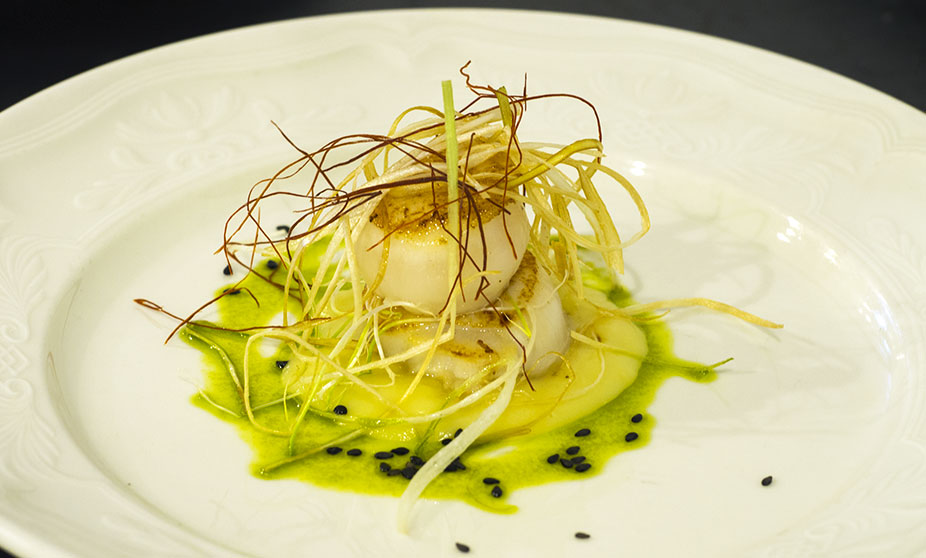 It can be difficult sometimes not to sample every pintxo in a given bar. But you should try to resist because around the corner is another bar with more amazing pintxos. Locals will usually eat one or two pintxos with a glass of txakoli, red wine or zurito (small beer) before moving on to the next bar. Instead of a bar crawl, this is a pintxo crawl.

The pintxo crawl is a serious sport in the Basque Country. And it is very competitive. The bars and taverns fight over coveted trophies that are given out annually for the best pintxos in their respective village or city. The bars are constantly trying to one-up the competition and in doing so, come up with avant-garde specialties to satisfy the demanding public. The most renowned pintxo competition in the region is the Euskal Herria Pintxo Contest, which was founded in Hondarribia in 2006 and is now celebrated in San Sebastian. 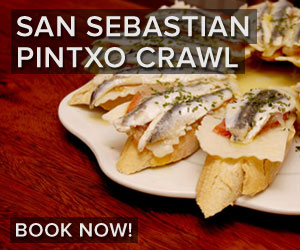 How to eat pintxos (or pinchos)?

The way pintxos are eaten is different depending on where you are. In some bars, especially in San Sebastian, you take an empty plate from the counter and serve yourself. At the end, you tell the waiter how many pintxos you had and he will charge you accordingly. However in other places, you order the pintxos as you order a drink and the waiter serves you. Generally speaking, we recommend you to tell the waiter what you want. If he hands you an empty plate, it means that you are free to serve yourself.

*Interesting fact: For locals, pintxos don’t usually substitute a meal. They are generally eaten as a snack or as an appetizer before going home or to a restaurant to have lunch or dinner. However, that doesn’t mean that you can’t pig out on them! 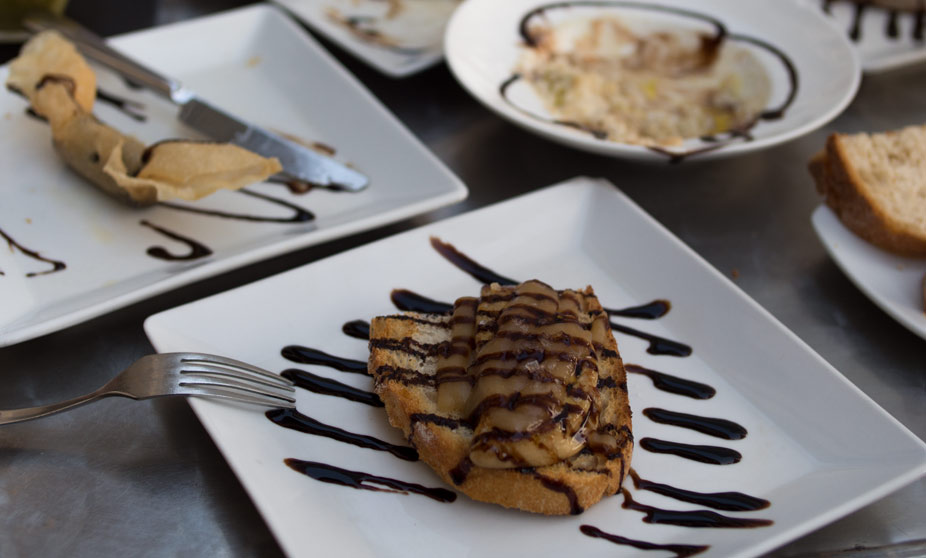 Where to eat pintxos (or pinchos)?

Pintxos are very popular all over the Basque Country (mainly on the Spanish side), but the most famous places to have some pintxos are probably San Sebastian’s old town and the marina neighborhood in Hondarribia.

Although you will find pintxos at most of the bars throughout the entire Basque Country, usually there is a specific area or neighborhood within each city where pintxo bars are more prevalent. To help you out in your search, we have provided you with some links to information about some of the best pintxo bars in the most popular Basque destinations:

In Vitoria:
Eat & Drink in Vitoria

In Zarautz:
Eat & Drink in Zarautz

In Lekeitio:
Eat & Drink in Lekeitio

In Bermeo:
Eat & Drink in Bermeo

Now that you know what pintxos are, how to eat them and where to find them, you are ready to try them first hand! To make the most of your time, you may be interested in joining a pintxo tour. Accompanied by a local foodie guide, you will be immersed in the local lifestyle and visit some of the best pintxo bars in town, sampling these delectable bites along the way while learning more about the Basque gastronomy culture and the importance of food in the Basque Country.