The Aste Nagusia ("Semana Grande" in Spanish and "Big Week" in English) festival of Bilbao is a 9 day event held at the end of August. The festival begins on Saturday when crowds gather at the iconic Arriaga Theatre on the banks of the Nervion River.
WHERE?
Bilbao, Spain
Bilbao Tourism Guide
WHEN?
August 20 - 28, 2022
Tweet 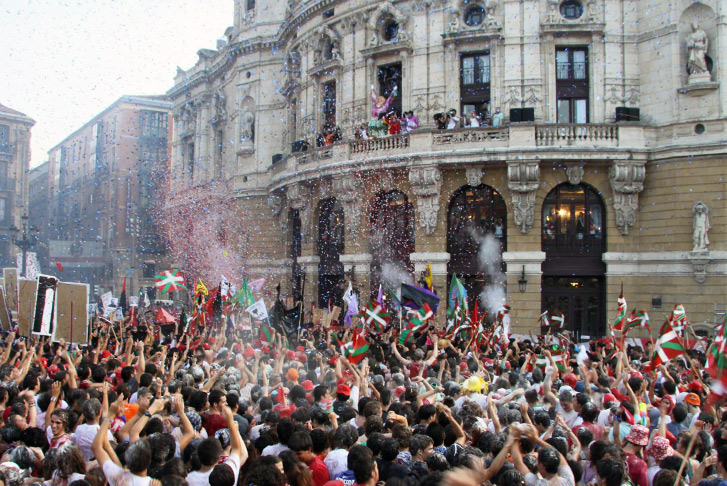 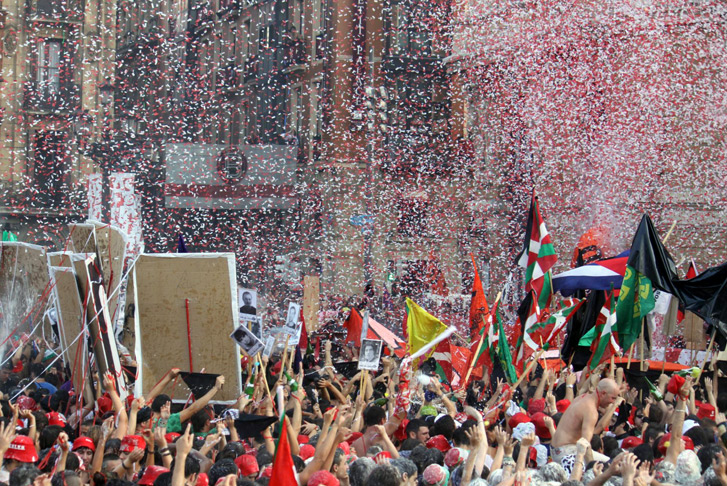 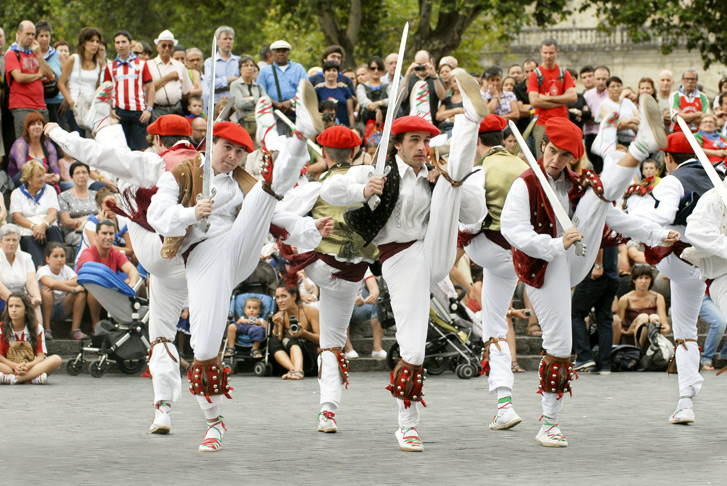 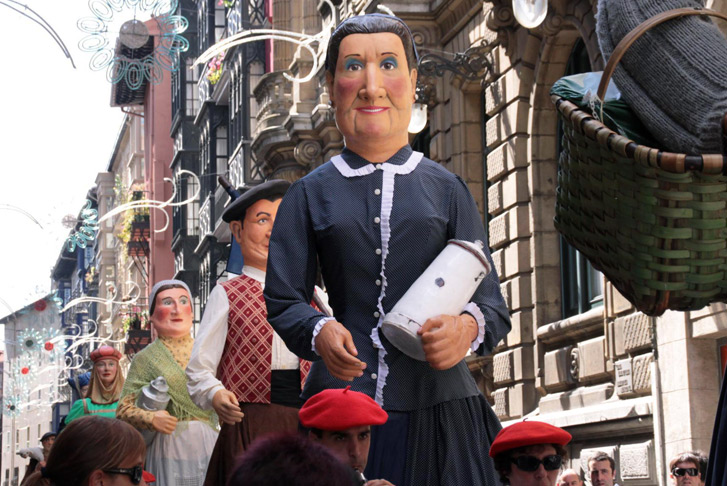 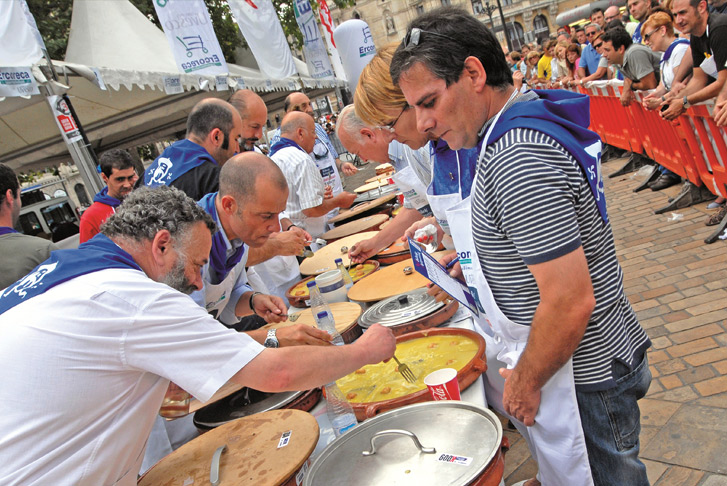 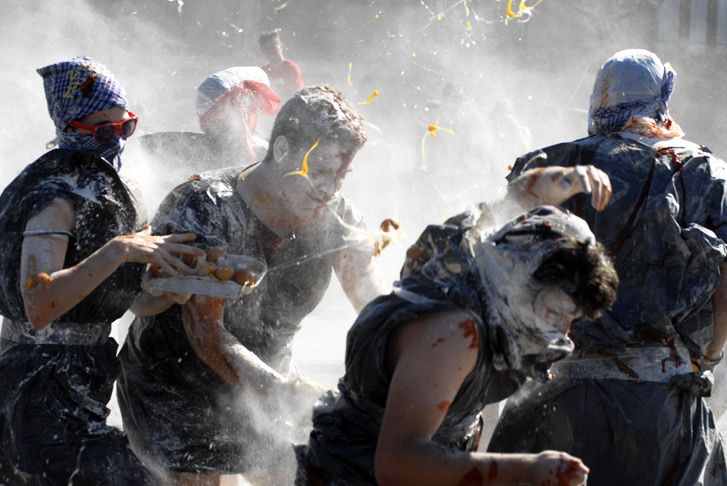 Once a rocket is shot into the sky (known as the txupinazo), the festivals mascot, Marijaia, makes her grand entrance onto the balcony. What follows next is the culmination of events that forms the biggest party of the year, known as Aste Nagusia or Semana Grande.

At Aste Nagusia, Basque culture is celebrated at its fullest. There is traditional Basque music and dancing, as well as Basque rural sports such as wood chopping and stone carrying competitions. The streets are lined with tents offering a wide variety of food and drinks. And for the kids there are parades of giants and the Gargantua, who devours the children who enter into his mouth. But don’t worry, inside the Gargantua is a slide and the children exit safely from his posterior.

There are of course bullfights and you can even join in the fun. The bulls are, however, really calves and have their horns padded. So while it isn’t perhaps completely without danger, it is a much safer alternative to the encierro (running of the bulls) in Pamplona. 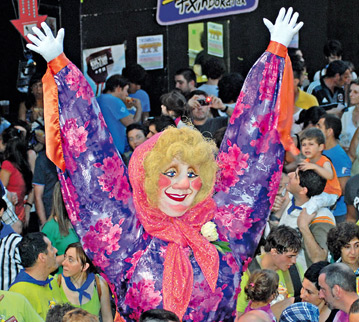 All of the daily events are followed up by a nightly fireworks competition that lights up the city’s sky. Afterwards, there are loads of concerts and even more partying.

The Semana Grande festival comes to an end with a strange twist of fate, when Marijaia is lovingly set ablaze. They say that her hands are raised into the air as a sign of optimism and to symbolize dancing. But maybe its also because she ends up being set on fire. In any case, check out the Aste Nagusia festival in Bilbao and follow Marijaia’s lead. Throw your hands into the air and party like you just don’t care – just skip the burning part.