Chopping wood, lifting massive stones and manually drilling holes in quarry rocks aren't the type of activities one would normally think of as a sport. Such manual labor jobs in other parts of the world would be just that – jobs and nothing more.
Tweet 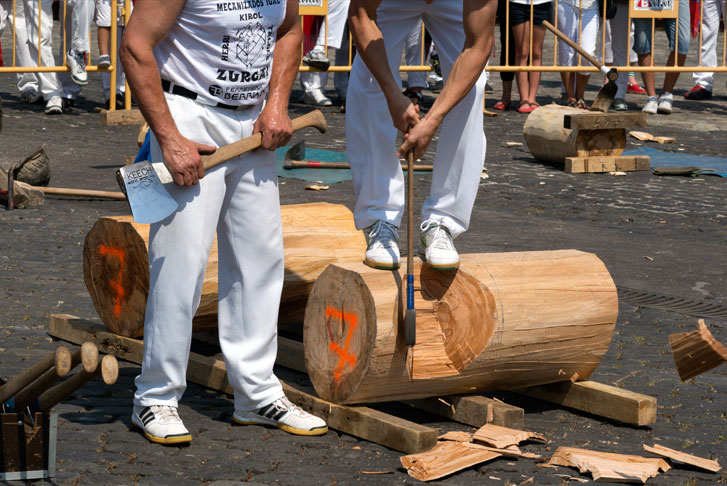 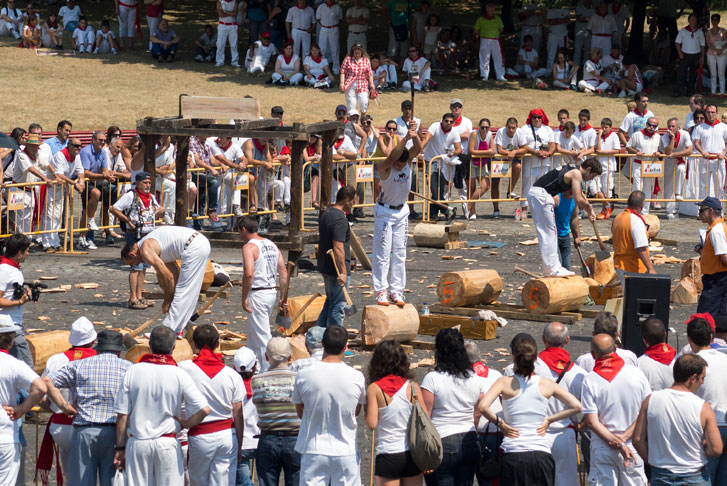 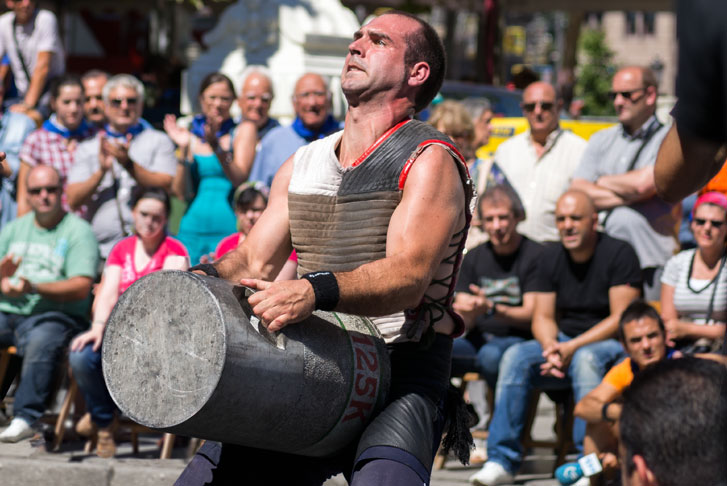 However, the Basques are very competitive by nature and they have managed to take the most mundane of agricultural activities and turn them into a sport. These are the strong man competitions of the Basque Country known as Herri Kirolak or Basque rural sports.

Herri Kirolak events are held at various times throughout the year all over the Basque Country. The easiest way to see these sports in action is to attend any one of the many Basque festivals held in the summer months such as the Virgin Blanca, San Fermines or Aste Nagusia.

Of all of the herri kirolak, harrijasotze, or stone lifting, is the most famous. This is probably due to the sheer strength needed to lift a stone onto ones shoulder. The stones range from 100-326 kg (220-717 lbs). One harrijasotzaile (stone lifter) named Iñaki Perurena, has even received a super star type status in the Basque Country for being the first to have lifted a stone weighing more than 300 kg on record. Such super-human feats are not uncommon in herri kirolak events. The competitors take their respective sports seriously and undergo rigorous training.

There are other variations of stone lifting that require more stamina and are based on repetition. For example, how many times can a competitor hoist a 150 kg (330 lbs) stone on and off their shoulder in 10 minutes. The record is an astounding 52 times!

The rest of the events are too many to list in their entirety. In fact, in an effort to standardize the herri kirolak, the Basque government put together a list of 18 of the most popular sports which is referred to as H18K. Some examples of these sports include stone dragging (both by men and with oxen), manual rock boring with metal poles, wood chopping and sawing of all sorts, tug-of-war and tossing bales of hay.

If you are interested in seeing these rural olympics of the Basque Country in action, check out the festivals page. There is usually at least one herri kirolak competition during each city’s annual festival.