Look! It’s a bird! It’s a plane! It’s Mary Poppins! No, it is actually Celedón, the protagonist of the Virgin Blanca Festival in Vitoria-Gasteiz, descending from the San Miguel Church over a packed crowd in the square below. This along with the chupinazo (fireworks) signal the start of the festivities.
WHERE?
Vitoria-Gasteiz, Spain
Vitoria Tourism Guide
WHEN?
August 4 - 9
Tweet 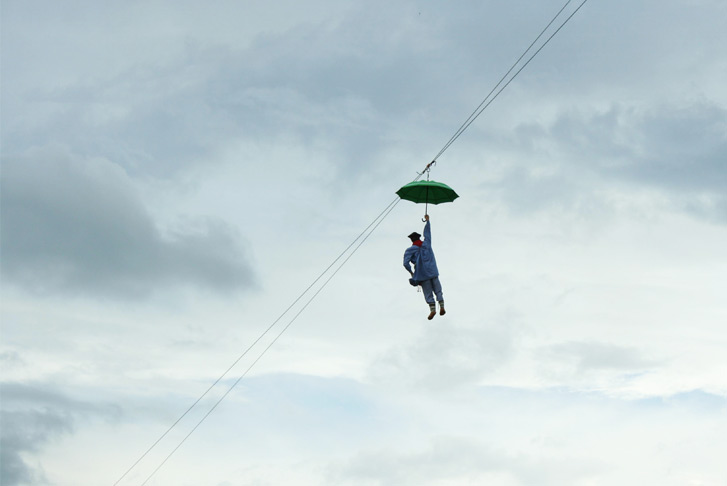 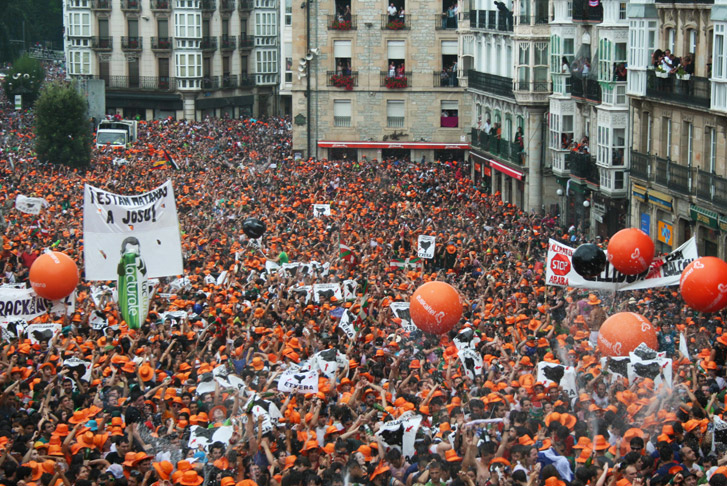 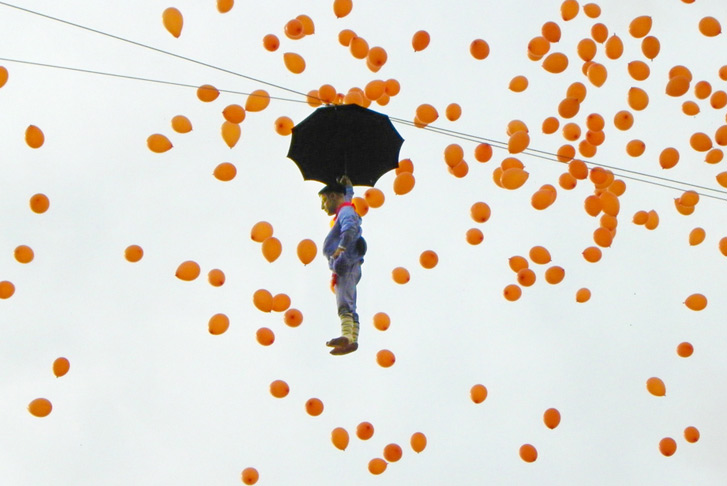 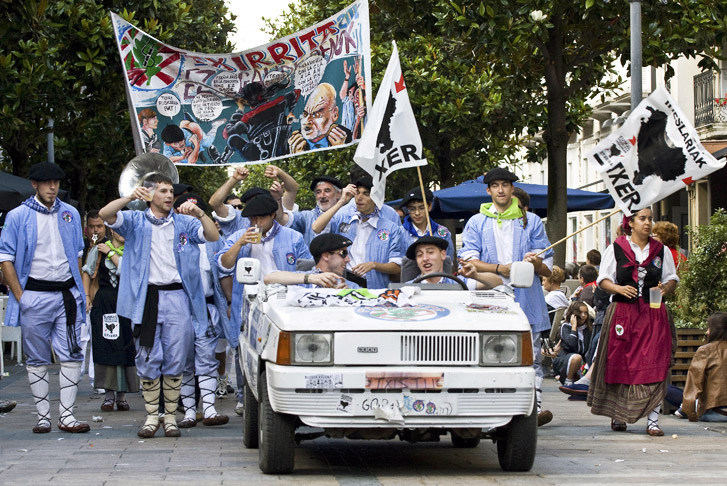 The tradition of Celedón is actually a fairly recent development in the history of Vitoria’s festival. It began in 1957, when a few citizens wanted to create something special for their celebrations. The character of Celedón is supposedly based on a real person named Juan Celedonio de Anzola from the village of Zalduondo in Alava. With his typical clothing and umbrella in hand, he is a reference to the villagers from the past who would travel to Vitoria to join in with the celebrations. Since his incarnation, there have been four people who have played the role of Celedón. The most recent is Gorka Ortiz de Urbina who has been Celedón since 2001.

Celedón is of course, most famous for his descent over the Virgin Blanca Square. However, this role is not played by Ortiz de Urbina but rather a stunt dummy. The dummy is attached to a rope where he careens toward a balcony in the square while the crowd reveals below. Once he arrives to the balcony, the real, human version of Celedón appears and the crowd goes wild. Celedón gives his speech while around 20,000 cigars are lit and 30,000 bottles of cava (Spanish champagne) are popped open. If you plan on being in the crowd, its probably best to wear clothes you don’t care about!

After Celedón gives his speech, encouraging the attendees to have fun, he makes his way through the crowd. All the while people try to touch his Txapela (hat) for good luck. Once the opening ceremony is complete, the party-goers make their way through the streets of the old town, asking for buckets of water to be thrown onto them from the people in the balconies above. This is a perfect way to cool off on a hot, August day.

The next 5 days of the Virgin Blanca Festival are a huge mix of various activities and events. Like other city festivals in the Basque Country, the Virgin Blanca Festival features fireworks competitions, cooking competitions, free concerts, Basque rural sports and bullfights. There are also vaquillas (calfs) that are brought into the bullring in the mornings and attendees can run around in the ring with them.

Another important feature of the festivities are the “cuadrillas de blusas.” These are groups of men, similar to teams, that get together and wear traditional basque clothes and particular blusas (shirts). The blusas compete against each other in various anecdotal games and even have parades throughout the city. The parades are basically a party on the go.

Just like the city itself, the Virgin Blanca Festival is often overlooked. There aren’t many tourists there because most only know about Pamplona’s San Fermín Festival. But there is really a lot to do and see and the festival has something to offer everyone. Check it out for yourself.