The Aste Nagusia Festival ("Semana Grande" in Spanish and "Big Week" in English) traces its origins back to the middle of the 19th century, when it began as a celebration to entertain the bourgeoisie who would spend their summers in San Sebastián. Over the years, it has continued to grow and a number of new events have been added. Today, there is a huge variety of things to do, see and eat.
WHERE?
San Sebastian, Spain
San Sebastian Tourism Guide
WHEN?
August 12 - 19, 2023
Tweet 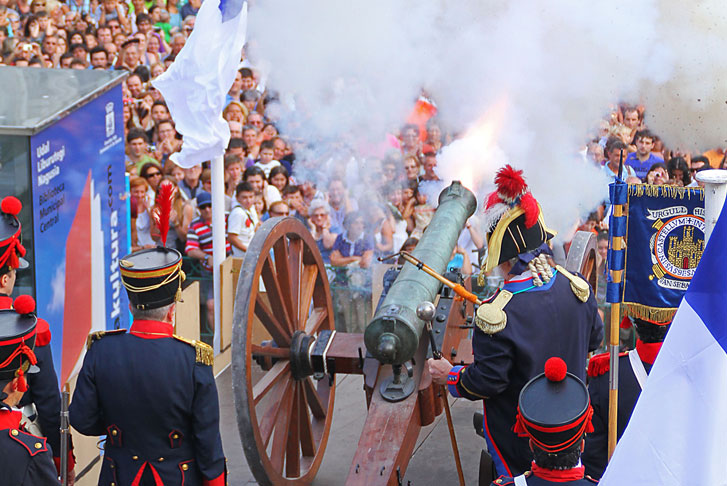 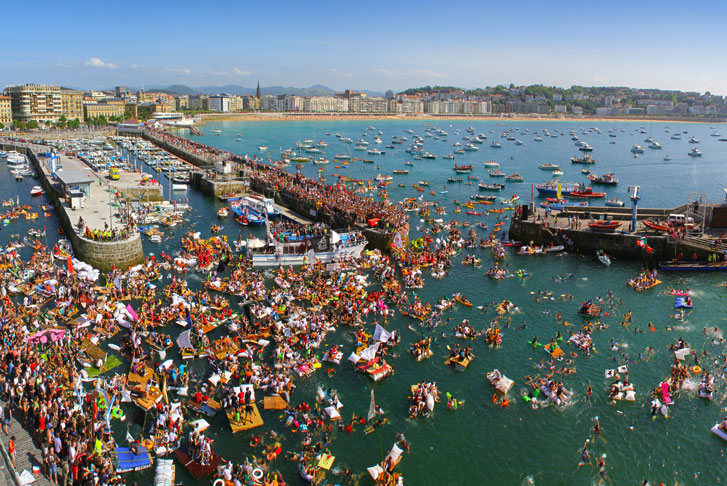 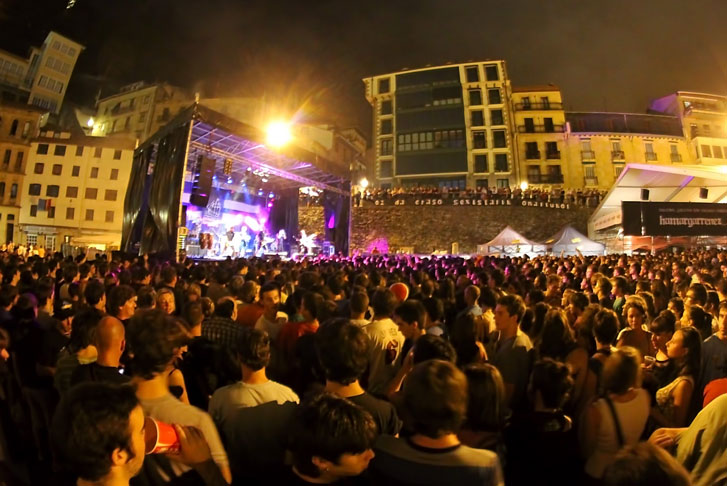 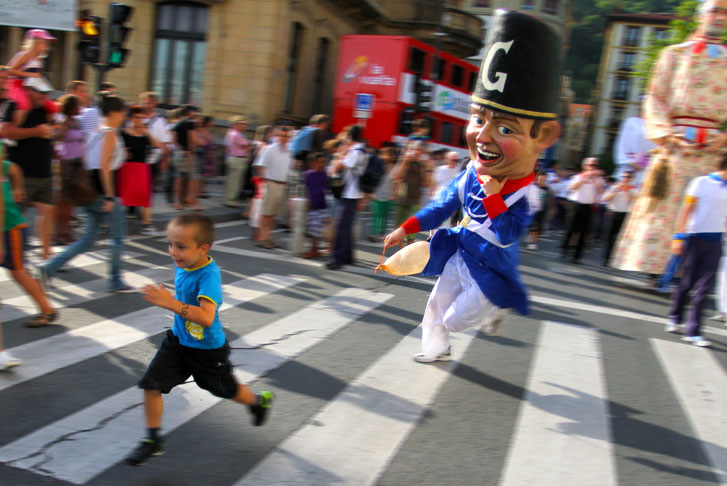 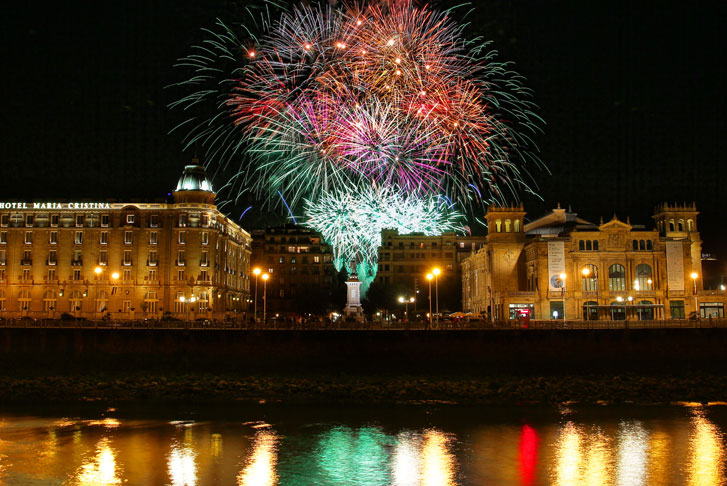 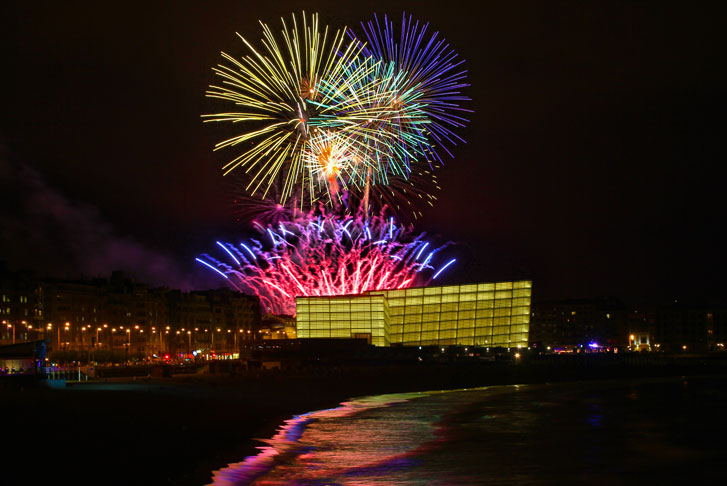 During the week of August 15, from Saturday to Saturday, donostiarras (as the locals from San Sebastian are called) take to the streets for one of the city's biggest festivals. The Aste Nagusia Festival always begins on a Saturday at 7 pm with the traditional cañonazo (cannon shot) from the town hall. Afterwards, the Artillero (artilleryman) song is performed and a week of continuous partying begins.

One of the main highlights of the Semana Grande is the international firework competition that lights up the Concha Bay. Every night, thousands of people gather around the Concha promenade and Mount Urgull to enjoy the fireworks while eating ice cream (a relatively new tradition that seems to be catching on). Watching the fireworks and their reflections over the water is quite an experience.

Another activity that has been celebrated during the Aste Nagusia since 2002 and is becoming more and more popular is the “Al Abordaje” (“all aboard” in English). People dressed as pirates meet early in the morning around the port and start building small homemade boats. After a “pirate lunch”, the participants launch their boats with the hope of making the journey through the bay and to Concha Beach. The fact that it all seems so chaotic and pretty surreal, makes it even more interesting.

During the Semana Grande, children also have their daily parade of gigantes and cabezudos (“giants and big-heads” in English) as well as the toro de fuego (“fire bull”) in the evenings. This toro de fuego can be described as the juvenile version of the “Running of the Bulls” from Pamplona. Two men don a papier-mâché costume of a bull, complete with fireworks for horns. The bull runs after the children in what is basically a mini bull run. Yes, Basque children start training at an early age for the “Running of the Bulls.”

The events described here are some of the main highlights of the Aste Nagusia, but there are many more activities throughout the week such as music concerts, food competitions, Basque dance and Basque sports exhibitions, etc.