OVERVIEW
THINGS TO DO
HOTELS
GET AROUND
MAP

If you could only visit one village in the interior of the French Basque Country, it would have to be Espelette. Its picture-perfect streets are lined with traditional Basque houses, many of which feature Espelette’s number one export, the Piment d’Espelette (“Espelette pepper”). These drying peppers proudly dangle from lines that are attached to the facades of the houses, creating the symbol of the entire village.

Espelette (Ezpeleta in Basque) is a quaint village in the interior of the Labourd province and is best known for its dried red peppers known as Piment d’Espelette. It is a pleasure to stroll down its streets and take in the unique scenery that is formed by the pretty houses with drying peppers hanging from the facades and balconies. The village has many stores and boutiques selling not only the famous peppers but also many more local products such as chocolate and cheese.

While Espelette is overall a very relaxing place, it can sometimes get a little crowded, especially during the high season in the summer and on holidays. But the air is still fresh and the views are awesome. There is a reason why so many visit this place – it’s just so charming.

If you are interested in getting a bit off the tourist path, then a walk down to the church might be a good idea. This part of the town is often over-looked by visitors and you probably won’t find any tourists there at all. There aren’t any shops but that is part of what makes it so peaceful. A gentle stream flows through the area next to the church as well and the setting is somewhat more authentic and tranquil. 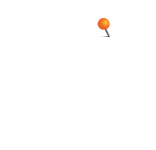 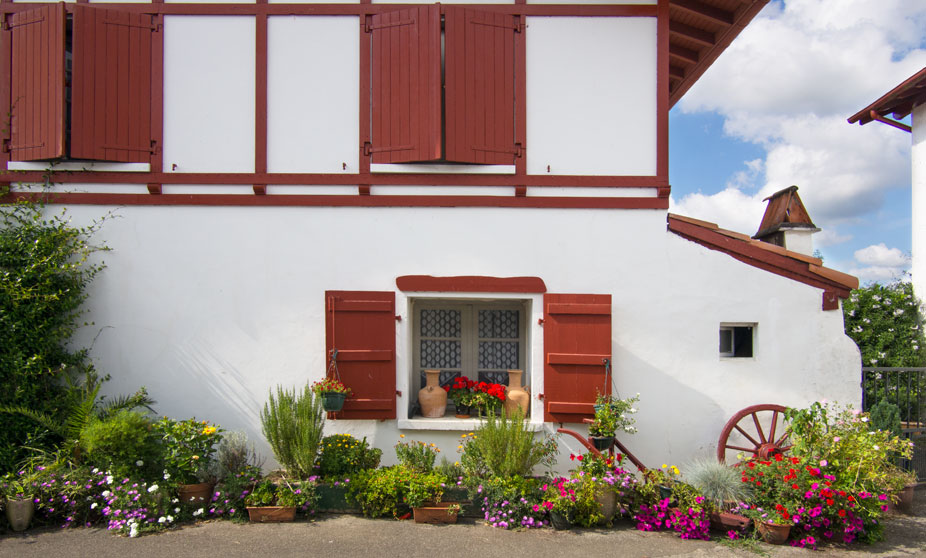 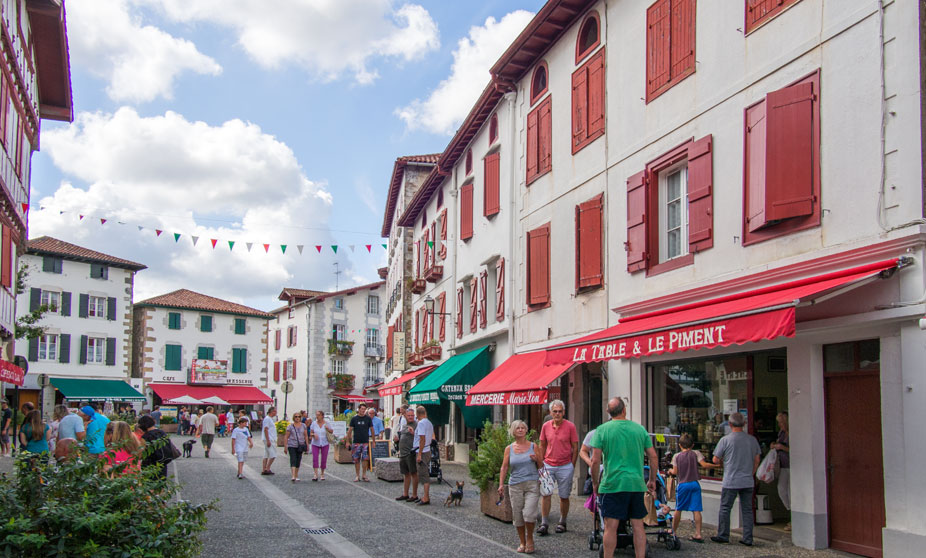 Atmosphere on the Xerri Karrika Street

Espelette's Top Things to Do & See

Espelette's Things to Do & See 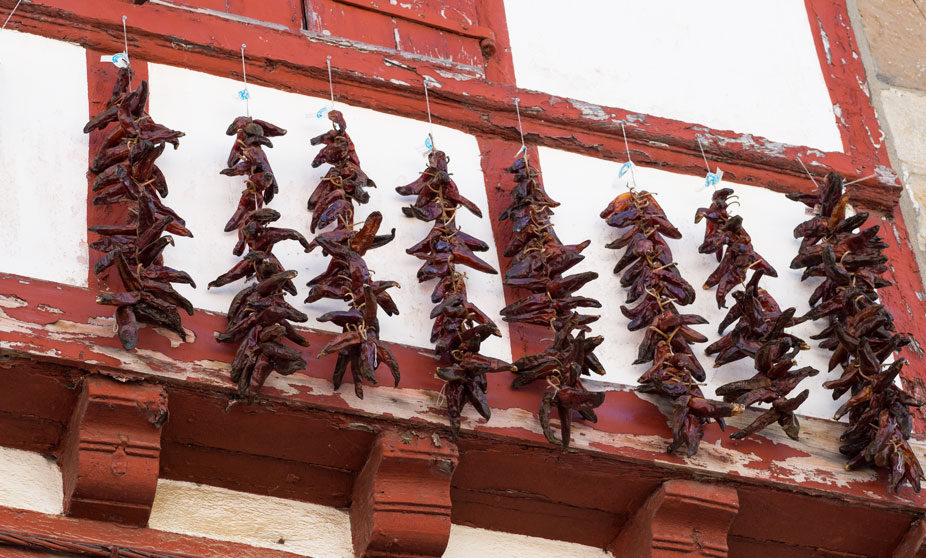 Espelette Peppers hanging from a facade

As previously mentioned, Espelette is very famous for its dried red peppers, called Piment d’Espelette. The peppers are traditionally dried out at the end of the summer, offering beautiful scenery since they dry hanging from the facades and balconies of the houses.

The origins of the Espelette Pepper date back to 1650 when a Basque sailor that had been traveling with Christopher Columbus brought some chili peppers to the Basque Country. These peppers were first used medicinally and then later for conserving meat and ham. With time, they have become a cornerstone in Basque cuisine. Although it is called “Espelette Pepper,” it is actually grown in 10 villages of the region, among them Ainhoa and Espelette. The European Union has even granted a protected designation to the Espelette region which means only peppers from this particular area can have the name Piment d’Espelette.

The peppers are so important in the area that there is even an Espelette pepper festival that is celebrated annually during the last weekend of October. During that festival, not only can you taste and buy peppers but you can also see Basque dance exhibitions, traditional music concerts, parades and Basque sporting competitions.

Castle of the Barons of Espelette 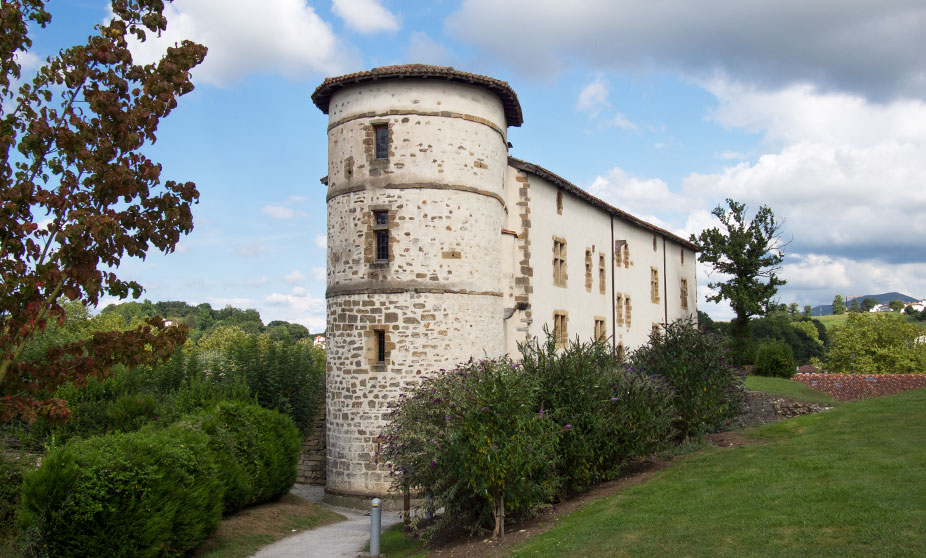 Castle of the Barons of Espelette

The Castle of the Barons of Espelette (“Chateau des Barons d’Ezpeleta” in French) is located right next to the main pedestrian area of Espelette. It was recently renovated and currently houses the town hall (“Mairie” in French) among other facilities. The building is quite nice, especially in the interior, which is open to the public and definitely worth a visit. 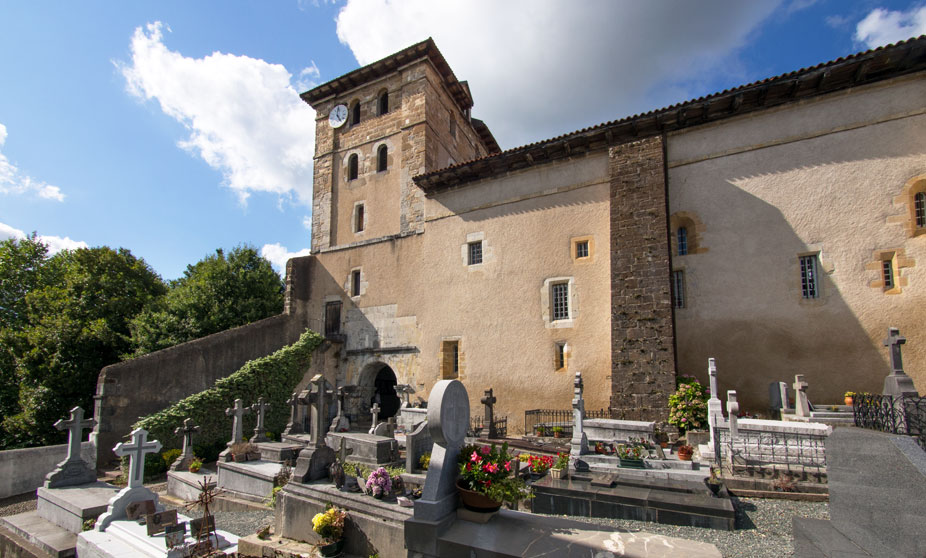 A couple minutes walk from the main street of Espelette, stands the Church of Saint Etienne (“Église Saint Etienne” in French). Built in the 16th century, it has massive proportions and thick walls because it was also used as a fortress. It has an austere exterior, however, its interior features a Baroque altarpiece and some furniture from the 17th century.

The interior of the church, as most of the traditional churches in the French Basque province of Labourd, is formed by a single nave. The wooden galleries that stretch along the side and back walls of the building were originally for men attending mass, while women sat at the ground level.

As in the village of Ainhoa, the cemetery is right next to the church which also features some traditional Basque gravestones. The most famous person lying on this cemetery is Agnès Souret, the first ever Miss France (1920). 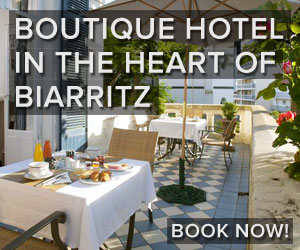 Hotels in Espelette
We have hand selected a few great hotels in Espelette and its surroundings. However, if you want to see a complete listing of all available hotels, be sure to use the search function below. 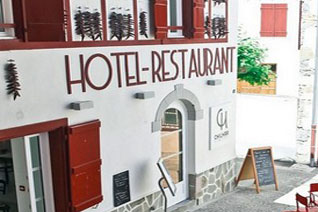 Hôtel Chilhar – $$
The hotel Chilhar is housed in a traditional Basque building in the heart of Espelette, which contrasts with its contemporary interior decoration. The bright and soundproof rooms include a minibar, safe and a flat screen TV. 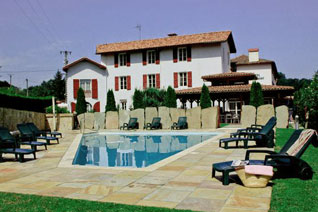 Hôtel Restaurant Txistulari – $$
Located 4 miles from the center of Espelette, in the village of Itxassou, the Txistulari Hotel offers free Wi-Fi access, an outdoor swimming pool and a terrace. The restaurant of the hotel specializes in regional dishes made from local products. 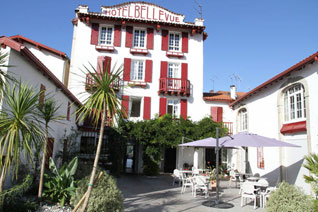 Once you are in Espelette, all places are definitely reachable by foot.

PLANE – The closest airport is the one of Biarritz, 25 km away from Espelette (aprox. 35 min). The airport of San Sebastian/Hondarribia is 45 km away (aprox. 50 min).

CAR – Espelette is located 24 km away from Bayonne (aprox. 30 min by car) and 5 minutes away from Ainhoa.

BUS – The bus line 814 of the company Transport64 offers 5 connections per day between Espelette and Bayonne (less during the weekend). The trip takes about 35 minutes and costs 2 euros.

TRAIN – The closest train station is located in Cambo-les-Bains, 6 km from Espelette. 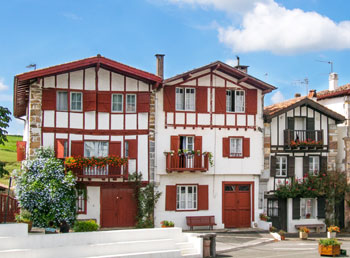 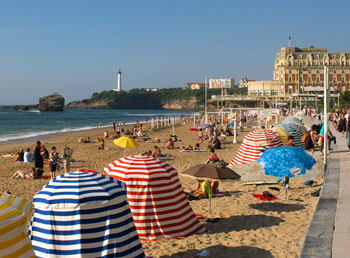 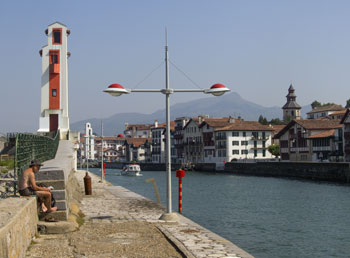 Map – Things to Do in Espelette