GET TO BILBAO
AIRPORT TO CENTER
MOVE AROUND BILBAO

CLICK HERE TO SEE MORE OF THE BEST HOTELS IN BILBAO!

HOW TO GET AROUND BILBAO 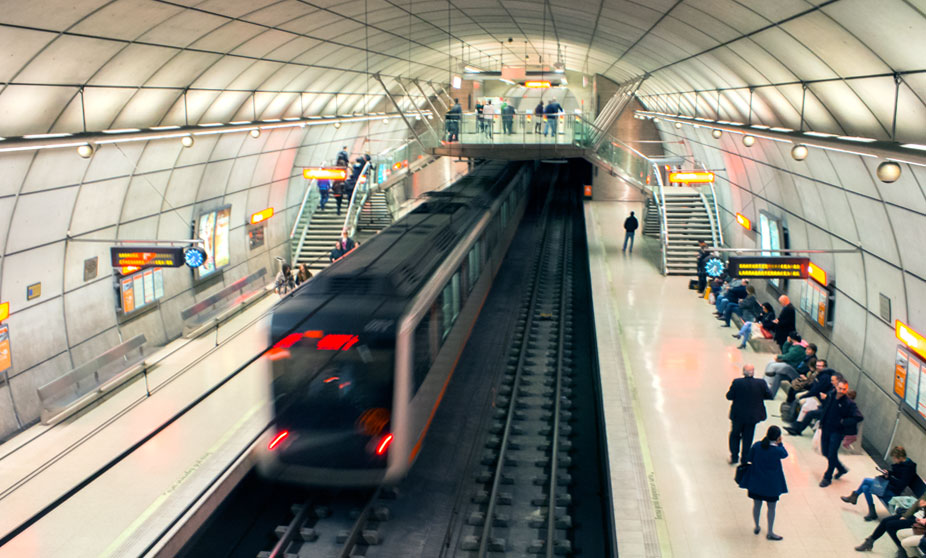 Bilbao’s city center is small and very easy to navigate on foot. If you plan out your day well, you can minimize your walking to about 10 minutes or so between attractions.

To give you an idea, here are some walking distances between the city’s most important landmarks: 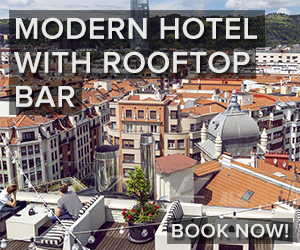 Bilbao is home to a modern metro system designed by architect Sir Norman Foster. It is made up of 3 lines that conveniently link Bilbao’s center with the neighborhoods in the outskirts and also some adjacent towns.

As a visitor, the main stop of interest would be at Bilbao’s bus station (San Mamés), as well as two stops along the Gran Vía (Moyua and Abando) and one in the old town (Casco Viejo).

Even if you don’t really need to take the underground while you are in Bilbao, it might be worth it to do so anyway. It’s definitely one of a kind!

Bilbao’s metro is divided in 3 zones and the ticket price depends on how many zones your journey will cross:

All of Bilbao’s center belongs to zone 1.

As another option, the tourist card Bilbao Bizkaia Card includes unlimited use of the public transport not only in Bilbao but in all of Biscay (buses, tram, metro and even the funicular to Artxanda). There are 3 different options:

The Bilbao Bizkaia Card also includes a couple of extra perks such as some free guided tours and skip-the-line benefit at the major museums.

On the other side, if you are planning to stay in Bilbao for a while, it might be worth it to get a Barik Card. This travel pass costs 3€ and can be topped up at all metro stations. With it, you will get the following prices for a single trip on the metro:

Bilbao’s tram is run by Euskotren and is made up of one line that crosses the city center, linking many of the main touristic attractions. This makes it a very easy and convenient way to move around for visitors. To give you an idea, Bilbao’s tram has a stop in the bus station (San Mamés), the Guggenheim museum, the Gran Vía (Abando), the old town (Arriaga) and the Ribera Market.

Bilbao’s city buses are run by Bilbobus. Generally speaking, you will be better served using the tram or metro. The only real exception is the bus line between the city center and the airport.

There is a second group of provincial buses called Bizkaibus that link the city with the towns of the Biscay province.

One single trip with a city bus from Bilbobus costs 1.35€. The Barik Card also works in these buses and, with it, one trip costs 0.66€.

Check out here the price of the buses from Bizkaibus.

Getting into Bilbao’s city center can be a bit stressful. There are many one way streets and the old town is mostly pedestrian-only.

If you are not planning to get out of the city, however, you will probably not need/want a car during your stay in Bilbao. Using public transport and/or taxis will end up being a cheaper option, since you will save money on parking and gas. Our recommendation would be not to rent a car on arrival and only do so when you are leaving the city.

If you are going to be in the city center with a car, then make sure to look up a parking garage prior to your arrival (or even better, make sure to book a hotel with parking) and set it as destination in your GPS.

Travel by car in between cities in the Basque Country can be a great idea. Check out Discover Cars for the best rates. 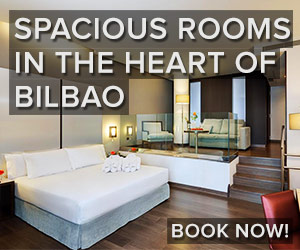 Parking prices vary. Generally speaking you can expect to pay around 13 to 18 € per day for parking downtown. Here is a list of the largest parkings in Bilbao’s downtown:

Hotels with parking in Bilbao

We have hand selected a few great hotels with parking in Bilbao, Spain. However, if you want to see a complete listing of all available hotels, be sure to use the search function below. 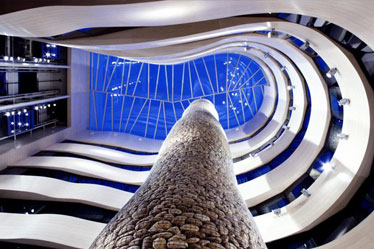 Silken Gran Hotel Domine Bilbao – $$$
The only 5 star hotel in Bilbao right in front of the Guggenheim Museum. The design goodness from the museum has spread across the street to the hotel, where a selection of furniture and design elements that represent some of the most emblematic design of the 20th century can be found. Private on-site parking: 25€/day 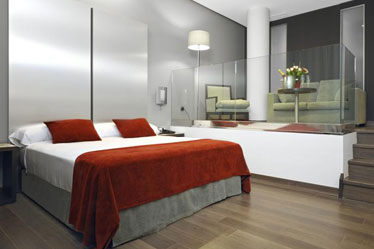 Sercotel Coliseo – $$
What was once the city’s opera house, the Sercotel Coliseo has been transformed into an elegant hotel with vanguardist decoration. Located in Bilbao’s center, it is just meters away from the Campos Eliseos Theater and the Abando Train Station. Private on-site parking: 18.70€/day 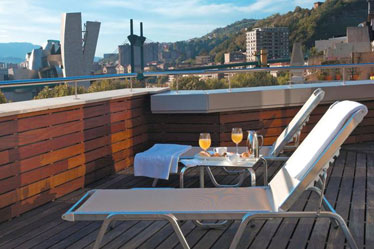 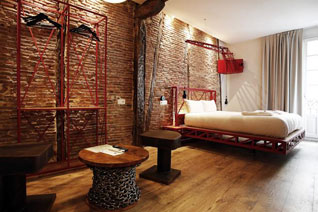 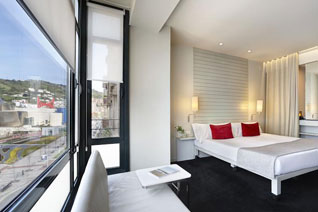 Hotel Miró – $$
This boutique hotel is located in front of the Guggenheim Museum and only a 5 minute walk away from Bilbao’s old town. It was created by the fashion designer Antonio Miró and offers minimalist style rooms with free Wi-Fi, 32-inch flat-screen TV, DVD and MP3 player. Public parking nearby: 13€/day 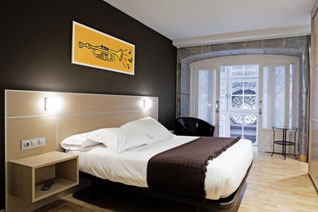 A taxi ride from the airport to the city center takes 15 minutes and costs around 20 - 25€.

Once in Bilbao, you will soon realize that the city center is easily visited by foot and there will probably not be more than a couple of occasions when you will need any means of transport. If that is the case, taking a taxi can be much easier than having to figure out the public transport options. It can also be a pretty good deal if you are traveling with more people (splitting the taxi cost instead of several tram/metro tickets).

Taxis in Bilbao can be easily identified because they are white with a horizontal red line in the side.

A very unique way to visit Bilbao is from the river with the boats of Bilboats. There are two standard routes:

The rates include audio guide services in various languages (Spanish, Basque, English, French, German and Italian) with explanations of the route, its history, buildings, bridges and other constructions.

The boats depart from the jetty located next to the city hall bridge in the Pío Baroja Square. The scheduled departure times depend on the time of the year. Check their website for up-to-date information.

Bilbao’s city center is flat and exploring it by bike can be a great idea. For example, the bike lanes along the river can make for a nice bike ride, stopping at some touristic attractions along the way, such as the Guggenheim museum or Zubizuri bridge.

There are also several bike rental companies in Bilbao. You can expect to pay around 15 €/day. Usually there are discounts when renting over several days.

Another great option to make the most of your time, is to take part in a bike tour.

Bikes are also becoming more and more popular among locals and the city offers an “electric bike rental service” called Bilbaobizi. However, this service is mostly designed for people living in Bilbao or, at least, staying for a while.

To use the bikes from Bilbaobizi, it is necessary to register in person at the office in the San Agustin building located at Ernesto Erkoreka 12. The annual fee is 20.25€ for Bilbao’s citizens and 25.25€ for visitors. There are more than 30 official bike stations throughout Bilbao.